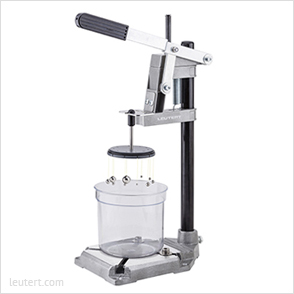 The ball harp is used to determine the effective yield point of supporting slurries according to DIN 4127.

10 glass or steel balls from different diameters are dipped simultaneously into the slurry. At given density of the slurry, each ball is assigned to another critical effective yield point, at which it would be in suspense in the slurry.

The critical effective yield points of a standard set of balls are declared in a table for densities between 1.02 and 1.70 g/cm³.